So what does this mean for the 360º video and live action VR community?

Let’s take a look what happened when Facebook acquired Oculus VR in spring 2014. In essence, a Fortune 500 company got into the game of VR. Over the last year a variety of VR headsets have appeared on the market and companies such as Google, Samsung and HTC entered the VR field. The world took notice and VR instead of being a thing of the past that didn’t take off in the nineties is now projected to be a $150 billion revenue business in 2020.

For years now, immersive filmmakers and 360º video producers have relied on and used GoPro cameras to create compelling experiences for VR and beyond. The 360Rig, the predecessor of the Freedom360 mount, was the first camera rig to record fully spherical, 360º by 180º video. It consisted of six hacked GoPro Hero 2 cameras. Shortly after, the Freedom360, F360 Explorer and F360 Broadcaster mounts (also using six GoPro Hero 4, 3+ or 3 cameras) enabled even more professionals and creatives to produce high-quality spherical, immersive live action video content. Ever since its introduction the Freedom360 mount has become the go-to mount for professionals world wide. Often copied, never surpassed.

Kolor has an even richer and longer history in the panoramic world. Alexandre Jenny and his team created their first panorama stitching software over 10 years ago and has expanded into 360º video software based on the collaboration with Freedom360 starting in 2012. This new chapter is bringing changes to Kolor.com and its world-wide online store: Kolor.com will from now on exclusively sell Freedom360 brand 360 video mounts, focussing on pro-level hardware components fine-tuned to the GoPro cameras.

GoPro Inc. joining forces with the world renowned expert in panorama and video-stitching software signals that the leadership at GoPro is serious about the hardware side of VR. It represents an important and exciting step forward in our VR industry, for professional content creators, immersive filmmakers, and 360º video producers, on the same level as the acquisition of Oculus by FaceBook last year rushed in the rebirth of VR.

A bright future for VR lies ahead!

Big congratulations to Alexandre Jenny, Lionel Liassus and the rest of the Kolor team from all of us here at Freedom360 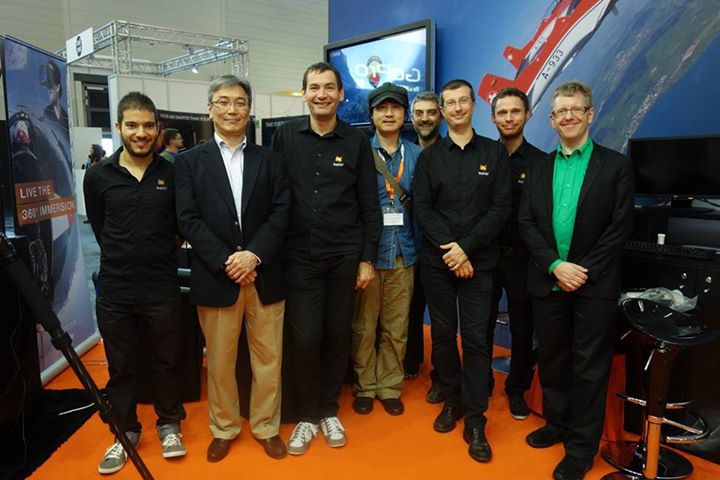