Some shooting basics, rigging and camera operation, to shoot 360º video with the Elmo360.

The following is one of the most basic setups for 360° video capture. It is quick and can be moved easily to the next location.

Make sure that you already setup the QBiC MS-1 cameras. If not do it before you assemble the rig.

The short of it:

The Elmo360 is attached to a pole. The table top tripod supports the pole and the Elmo360. The Tabletop tripod has a small foot print that almost vanishes in the final video. A set of weights makes the setup more stable and avoids top heaviness.

How to put it together: 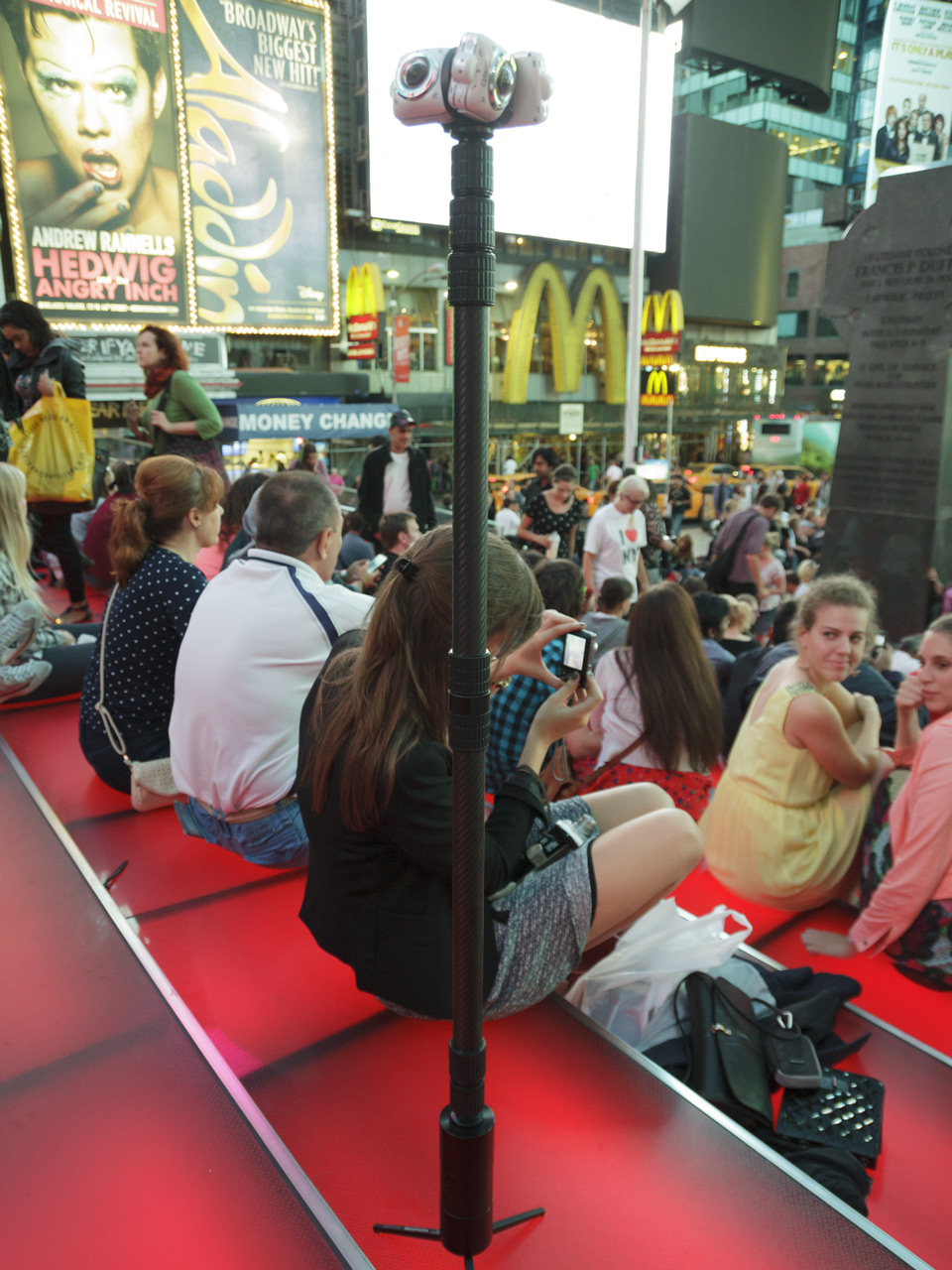 About the height of the camera:

**Included with the Elmo360

Before you start shooting 360° video, make sure that all cameras have the same settings.